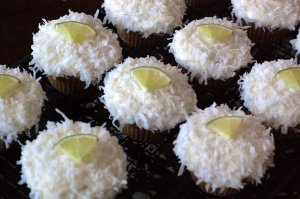 So, once again I’ve stolen a recipe (and post) from Mel, but I did modify it a bit. I have now made this twice (both times in Las Vegas because Justin and Cherity like coconut as much as I do); once as a regular cake (in a 9×13 inch pan with no layering or anything) and once as cupcakes. Both were delicious. The pics, obviously, are the cupcakes and should explain what I did. The only modification that won’t be shown in the pictures is the bake time…which I just got from looking at a box mix. This recipe makes 24 cupcakes…except you can half the glaze.

Cake: (don’t you dare use a coconut flavored box mix. The cake is A-MAZING and not too time consuming to make from scratch.)

In an electric mixer or using a hand beater, cream butter and sugar until fluffy. 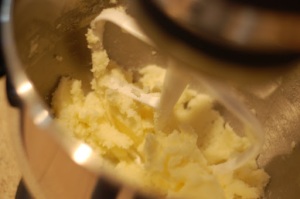 Add coconut extract and eggs 1 at a time. In a mixing bowl or on a sheet of parchment paper, combine flour, salt, baking soda and powder. To mixer add coconut milk and flour to creamed mixture alternately, beginning and ending with flour. Pour batter into prepared pans and bake for 25 to 28 minutes. Allow to cool 10 minutes then turn out of pans onto rack(s) over a sheet pan and allow to cool completely. 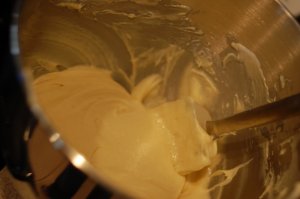 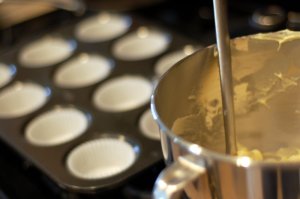 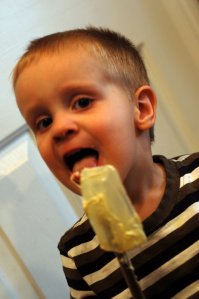 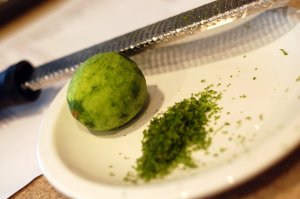 In a medium bowl combine sour cream or yogurt, sugar, lime zest and juice, coconut milk, shredded coconut. With a bamboo skewer, poke holes in cake and spread glaze on both sides of both cakes. Cover with plastic wrap, chill until ready to frost cake. 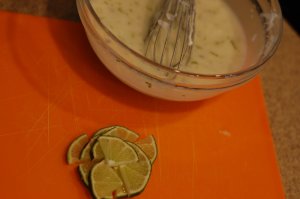 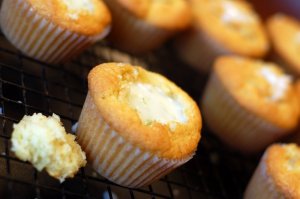 Icing: (if you’re making an actual layer cake, you may need all of the icing this recipe calls for. If you’re just going to frost the top of the cake, 1/2 or even 1/4 of this amount will be enough.)

In an electric mixer or using a hand mixer beat together the butter and cream cheese until well blended and fluffy. Add the powdered sugar gradually at low speed. Beat in coconut milk and vanilla. Frost cake. Coat top and sides with shredded coconut. 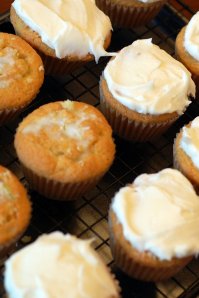 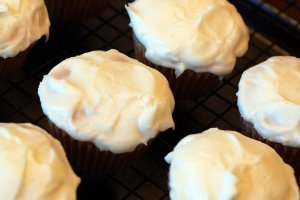 21 thoughts on “put the lime in the coconut cupcakes”