I was just so excited to have made it to Paris with no passport to speak of that I would have happily slept anywhere…especially after the cab driver was so fun and flirtatious. Have I mentioned that I love that I speak French? 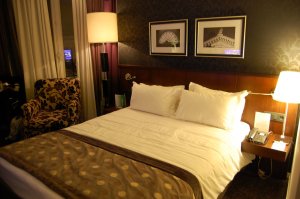 However, this was not anywhere. This was by far the nicest hotel we stayed in…especially because the “triple” room was way too small, so we ended up getting two rooms. Tanya and I shared this one. It was fabulous! Holiday Inn Paris Gare de l’Est…it’s only a three-star, but I loved it…once we got the room thing figured out. 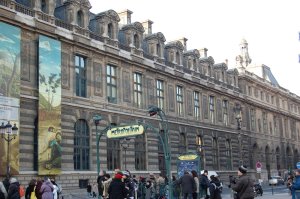 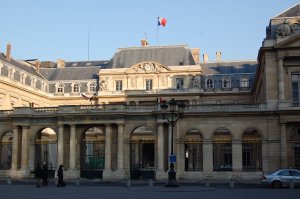 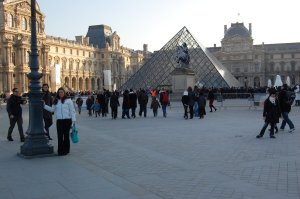 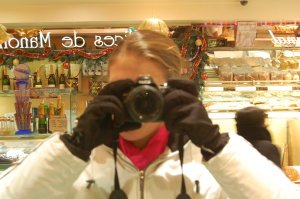 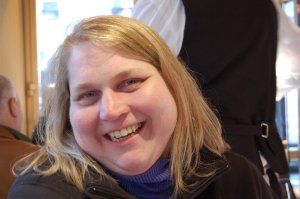 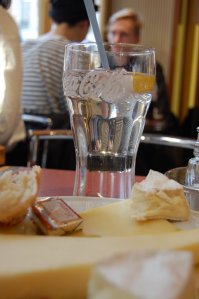 I wasn’t feeling fantastic, but there was no way I wasn’t going to let that ruin my one day in Paris. So what did I have for lunch? Cheese. Yes. Cheese…and a little bit of bread, and a Sprite. And that was after I’d already had a banana and Nutella crepe for breakfast.

Don’t you judge me! 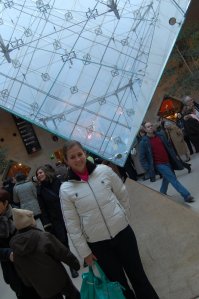 And inside the Louvre. The breakdown of my day…four hours in the embassy, an hour wandering the Tuilerie Gardens, an hour eating lunch, three hours in the Louvre, Notre Dame, dinner, and the Eiffel Tower. Yes, that’s one packed day. 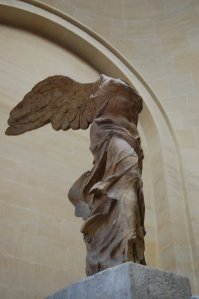 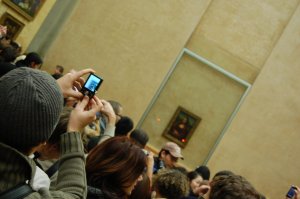 Yes, that would be throngs of people crowding the Mona Lisa. I don’t seem to remember it being this crowded the last time I was there. Nor do I remember the Mona Lisa in a room all by herself (or almost). But, it was ten years ago. 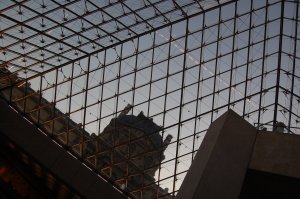 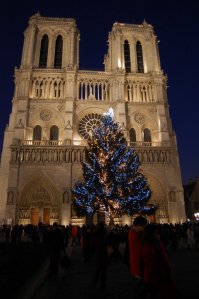 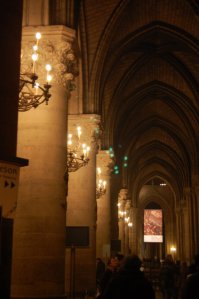 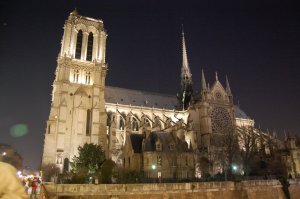 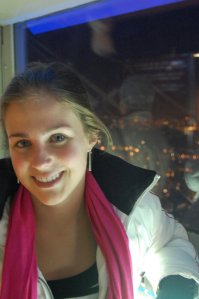 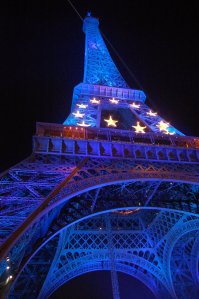 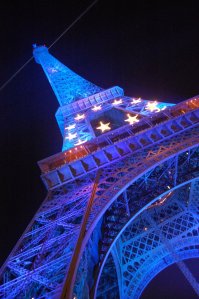 So, Erika didn’t really get why Tanya wanted so badly to see the Eiffel Tower…until she got there. It’s impressive. Apparently she didn’t realize how pretty it actually is. When you think about when it was built and the craftsmanship that went into it, it’s pretty amazing!

I know there’s only on picture of food on here…(I think there are more that Tanya took), but the restaurant where we had dinner was amazing, so I wanted to be sure to share that. (I didn’t take pictures because it was one of those places where you just don’t take pictures.) Brasserie Julien is in the 10eme arrondissement (for those of you who know Paris). It was just this great French restaurant with a kind of art-deco look. The service was slow (which, had we not been in a rush to get to the Eiffel Tower, I would have actually enjoyed), but the food was absolutely delicious. I loved it!

In case you are heading to Paris anytime soon and want a great (not inexpensive) restaurant (and have three hours to enjoy), here’s the address:
16, Rue Fbg St Denis
75010 Paris, France