I can’t believe it’s been almost two months since I left for Thailand and I’m only half way through documenting the trip. Chiang Mai (after the very long train ride from Bangkok) was amazing! I loved it. Minus all of the mosquito bites I got. And here are the photos. 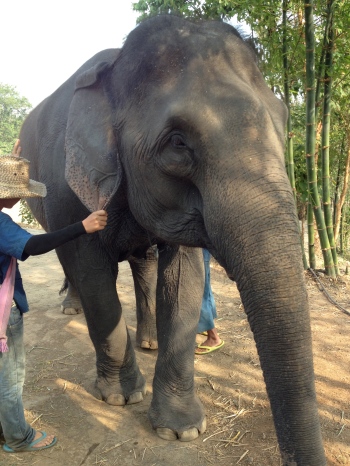 The elephant experience was amazing. I did a bit of research before heading to Thailand because I wanted to have more of an experience than just sitting on an elephant, so I found a place that actually does a lot in terms of elephant conservation. It was still a little crazy and there were moments it definitely felt a bit exploitative, but I would do it again.

And the mahout and guides were so great. One took my iPhone and just snapped tons of photos. So happy to have the photos.

Getting in the water with them was maybe a little questionable. I mean, the river itself was a little questionable…mostly because we’d been “white water” rafting (it was dry season…it was more like low water scraping) up the river earlier and there were so many people just hanging out in the river, eating, doing who knows what else…

After the river rafting and elephants, we went to this tribal village which was a little crazy. Kind of like a reservation back in the U.S., only these are Burmese tribes. And also a bit like a zoo, in that you go there to basically stare at these people. Kind of weird, but interesting, too. 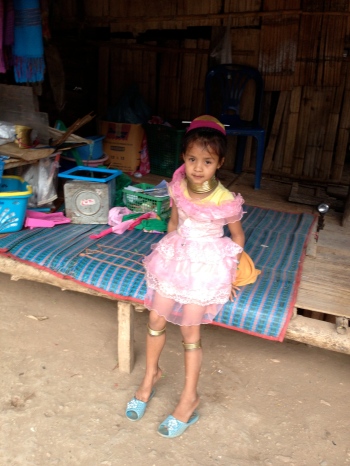 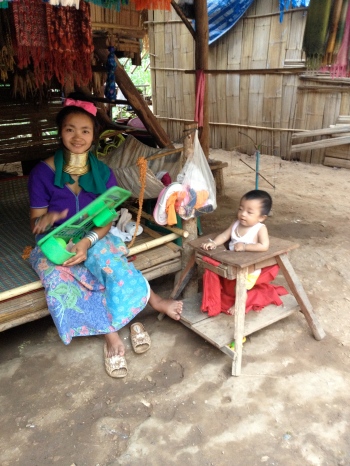 And that night, after such a long crazy day, we got ice cream and it was awesome. I also got to go for a swim in a nice, clean chlorinated pool.

And the next day was our cooking class. One of the guys at work recommended this place and I have to say, it was awesome. This was probably my second favorite thing from the trip after scuba diving. No ambivalence here. Just awesome cooking. And some really interesting people. The inside jokes Maria and I now have from this day. Amazing. But I also have some great new recipes in my repertoire. I’m just sad now, looking at these photos, that I didn’t try and buy (or steal) the dishes. Talk about gorgeous. 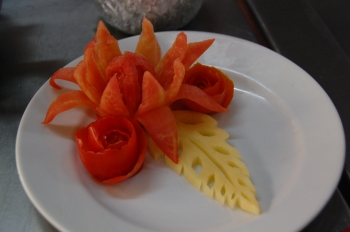 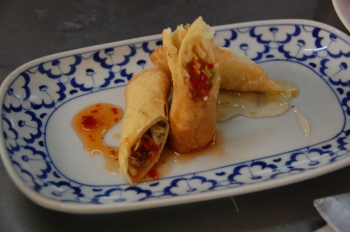 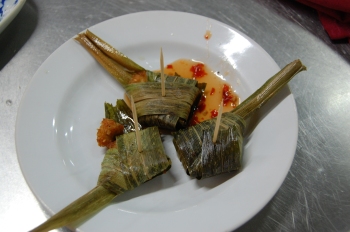 So, in my original itinerary, I had planned on us taking the night train back to Bangkok and then hopping on a plane to Cambodia. But, after the one night and the unpredictable timing of arrivals and that we couldn’t get a private car, I asked Maria if she’d mind if we just stayed another night in Chiang Mai and flew to Bangkok and then connected to Cambodia. She was down with that, so we ended up staying another night and getting what was possibly the best foot massage I’ve ever had in my life. Amazing! 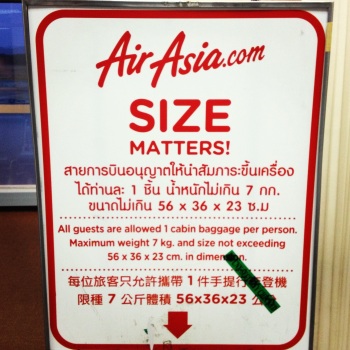 And then we were off. And I was covered in mosquito bites.

3 thoughts on “elephants and cooking class”